Stresses of the season

Okay, in terms of Christmas we don't have much stress caused by it. We pick up a couple of presents and we are pretty much done. In fact we have honed down our obligations to few and far between.  We have dinner at my Nonna's Christmas eve, My parents' Christmas day. At some point I may or may not see my father, it depends on how paternal he feels a given year.
Now Chris on the other hand has a set of obligations trying to draw him in. I feel like he is the Godfather. 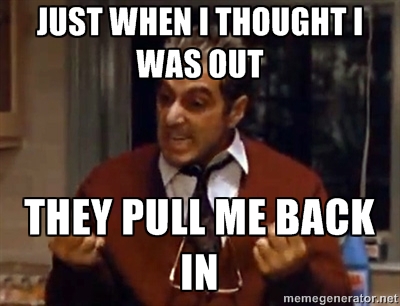 This summer his best friend's older brother died.  Now C was out west for the funeral, but ever since then he has been after some pretty heavy pressure from their friends to get together and celebrate his life. Sounds nice, right? Except, the guy was 30 and drank himself into an early grave. As C says they will all be sitting around talking with awe about how he could party with the rest of them ignoring that it killed him, because that would be uncomfortable.

Plus, other than Shawn he doesn't really talk to the rest of them since he stopped drinking.
Apparently that WAS the thing they had in common. 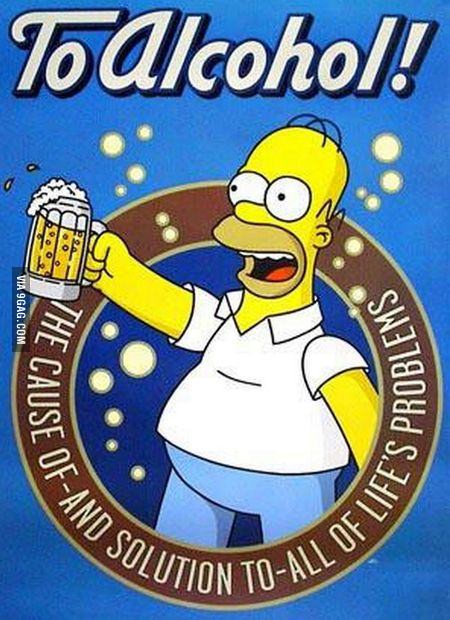 Posted by jamiessmiles at 6:45 AM 2 comments: