So it's here, almost.  Thursday will officially be my first day of school.  Well ...again.

So last week was my last week of work, or was supposed to be.  BUT the receptionist in my Uncle's work went on vacation, so I was paid to answer the phone.  That was it.  Just pick up the phone if it rings.  Problem?  I like money... but fuck me, the phone rang MAYBE three times a fucking day.  So for a decent pay, I was bored out of my tree.  My iPhone has been used CONSTANTLY.  Watching every episode of  the first season of Queer as Folk I can find on youtube.  I have come to the conclusion that Brian was a real douche, and I still think he is awesome.  There is something about a truly unrepentant anti-hero you gotta love.

Long weekend, yay!  Jake is back from Europe tomorrow and Ali back in town on Sunday:D  I am so looking forward to this weekend!
Posted by jamiessmiles at 8:17 PM 4 comments: Links to this post

I wasn't trying to hurt him

Just scare him.  That was C's explanation. 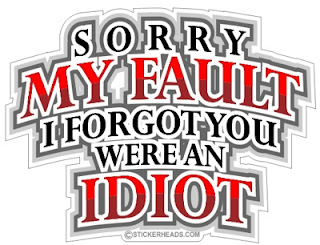 See he was in the back yard cleaning up the mess from lazy cunt upstairs who just, rather than walk the garbage down the stairs, just chucks it out the window.  That is when he saw it.

God it still stinks in here.  Another shower for C, and I think run the clothes through the washer again. What a fucking idiot.
Posted by jamiessmiles at 12:53 PM 2 comments: Links to this post

Letter to a douche bag

Okay, I'm glad you are on vacation.  Good for you.  I'm sure you work hard all year for your three weeks vacation.  Just one little thing....

When you are processing a fucking STUDENT line of credit, and you won't be back until well after the start of the school year, MAYBE put it on the "process before vacation" file.  FUCKING IDIOT! 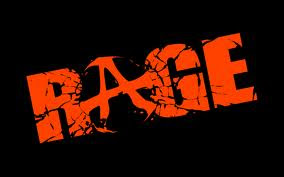 Posted by jamiessmiles at 4:55 PM 3 comments: Links to this post

I am.  Slept 2 hours, feeling like ass, and spoiling for a fight with C, who refuses to be drawn in.  Prick. 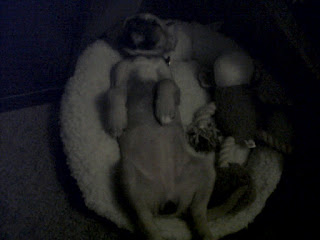 Hopefully she will sleep tonight with her new bed and toys.
C looks at her and says "I feel like crying really loud while SHE tries to sleep."  LMAO.
Posted by jamiessmiles at 8:01 PM 3 comments: Links to this post

I have fallen in love with the most beautiful girl

Okay, so one of my fave patients came in today.  She had pups six weeks ago.  She is a gorgeous boxer.  Now if you have never seen a boxer: 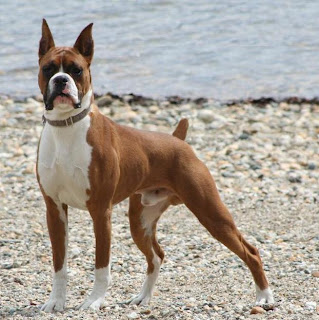 Beautiful breed, huh?  She was not supposed to be bred, at all, but it turns out that the .... are you ready for it?  The PUG from next door got in the yard and knocked her up. 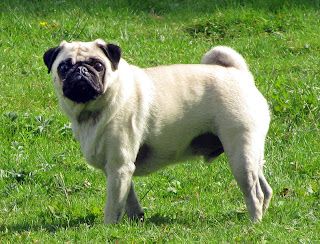 Anyway, I was offered this little girl who was supposed to be adopted, but the prospective owners decided she was not pretty enough... WTF?  She is the cutest thing I've ever seen.

Yes, this is the actual pup.  Isn't she fucking beautiful?

Oh, fuck.  C is going to kill me if I bring her home.  But I want.  I know, I know, we both work.  But fuck, other working families get dogs.  I wonder what I will have to do to get C to agree to a dog.

Oh, her name is Chloe.  Isn't that sweet?  She's totally a Chloe.
Posted by jamiessmiles at 3:30 PM 10 comments: Links to this post

I feel so mellow, I hardly feel like me

Okay, I will deny it if you tell him, but maybe C was right.  Maybe letting go of the part time job was a good idea.  I have had two on calls since last week, both of which were no.  So I have had a forty hour week, a short week this week, and damn if I don't feel so much more relaxed.  Of course that will hold until I look at my anemic bank account, and try to pay my inflated credit card bill.  *le sigh*. I was not cut out for this working for a living shit.
Posted by jamiessmiles at 1:54 PM 3 comments: Links to this post

What the FUCK were they thinking?

So, went to the water park yesterday.  There are things I just don't get.  One of those is this seeming need society has to sexualize young children.  tiny bikinis on young girls.... WTF is up with that?  But the worst one was this kid about seven or eight.  She not only had on one of those bikinis, but wore a shirt over it that proclaimed: "YEAH, I know you want this" in bright pink.  What the hell are the parents thinking?  And no, this is not about child predators or any of that shit, because pedophiles do not need or wait for invitation, but what kind of self worth are you generating your daughter?  That she is valuable so long as people think she is attractive.  Ugh, I'm so glad I'll never be a parent.  My kid would so hate me.

Anyway, about 2 hours in it started thundering and lightening, so we went to the movies.  The Dark Knight Rises.  Theatre was packed, even though it was a matinee.  C and I managed to find seats together, but Jake was a couple rows up, and Mark was way on the other side of the Theatre.  The movie was meh.  Hardly worth jamming ourselves into the theatre.  Bane was horrible, his voice annoyed the shit out of me.  It was hardly a villainous voice at all.  Though, I gotta admit, I would like them to have a go at Robin. 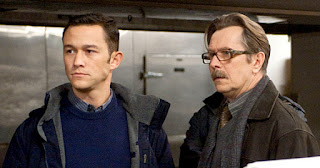 Hells, I would like to have a go at Robin;)  Damn, he sure grew up fine.

Anyway, long weekend here.  So how am I spending it? 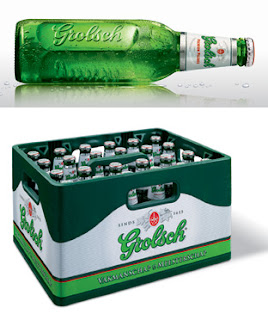 With twenty-four little friends, because THANK FUCK some LCBOs ARE open today.

Happy Civic Holiday, when a holiday has no purpose, it becomes a drinking holiday:)

Posted by jamiessmiles at 2:52 PM 12 comments: Links to this post

Okay, first the complaints, because, well it's me and we all know I gotta bitch.  Despite pictures to the contrary it was not as secluded as the web site let on,  which was not a surprise, as I have been a cottager since I was all of about 4.  Despite having linen's provided I think the thread count on the bed sheets was about an 8, and the towels were about as thick as the tissue paper.  However, again, as someone who is familiar with cottaging I brought my own sheets (1200 count, yeah, I like comfort when I sleep) and proper towels that actually dry you.  Not that you needed to really dry.  The water on you skin had time to dry before the next icy cold or scalding hot drop hit.  Those were your choices on the low flow (my coffee maker has a higher water flow) shower head, no in between, either freezing cold or roast your ass off.  Although officially a non-smoking and no pet area you could hear and see several dogs, and our place REEKED of pot the moment we moved in.  It took a whole lot of febreeze to get rid of the stench of old pot and stale beer.  (Yeah, I brought febreeze, because I know how people "clean" cottages).  Oh yeah, and the area is "family orientated" which means the playground, which is actually far away from out cabin, can still be heard until almost midnight every night. 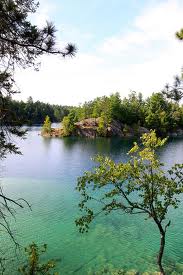 What was good?  None of the shit above mattered more than when you were actually in said shower.  It was fucking awesome!  Beautiful cottage, other than the butt ugly furniture that probably rocked in 1978, the cottage itself was gorgeous.  fireplace, full kitchen, whirlpool tub, which with the proper combination of cold and hot intervals you could get to a comfortable temperature.  We had a dock, canoe, kayaks, paddleboats, all at our disposal.  I know you are all thinking I sat about and drank my face off for 10 days and nights.  But  despite my best laid plans, that did not happen.  We hiked, we biked, we spent days on the water, fishing, canoing.  I found I like canoeing a hell of a lot.  I've always been appreciative of the great outdoors, but this is the first time ever I spent days communing with mother nature.  Rain or shine, we were outside every day doing something physical, and C was in his element, much more skilled at paddling and hiking, though I can kick his ass at biking.
On Friday Jake came up with his friend, and some drinking was done, though I don't think a single night anyone was actually more than a bit buzzed.  Jake's friend was actually such a good fit it was hard to think of him as a newcomer, he blended in so seamlessly, even with C, who tends to be very quiet with new people.
On a whole, my time away was exhausting in a much needed relaxing way.  Am I ready to take on the world again?  Fuck no!  I am ready to win the lottery and spend the rest of my life in some secluded hideaway.  But I do feel like the summer from hell had a bit of a reprieve, and four more weeks until I can look back on this summer and have something to smile about:D
Posted by jamiessmiles at 8:51 AM 5 comments: Links to this post