In this instant my brother is out, with friends.  He is too old to be walked by his older brother "like a baby" and would be embarrassed to be the only kid his age with an adult.  No matter I was in costume.  Waiting.  And got ditched at the door by a twelve year old:'(

Posted by jamiessmiles at 7:41 PM 8 comments:

And party it was.  A shit load of money was lost, not from this boy.  I had money aside for losing and that was it.  C actually came up about 80 ahead of the game.  Well not huge, but better than losing.  I lost 100, but went in with that intention, and over all not bad for a weekends entertainment.  Oh, not counting another 40 at the arcade.  The weekend went by without anything bad happening... If you don't count someone puking in the hot tub, and that I got slightly lost in the hotel, but eventually found my way back to our room.
Started at the arcade, moved onto the ripper bar.  Fuck 8 bucks a beer to watch some stripper I have no interest in watching:P  Anyway, then onto the Casino.  It was a blast.  The only kinda down side was there was a soccer tournament in town.  KIDS soccer.  We were getting many a disapproving look from parents who apparently thought that we were ... well acting like the drunken fools we no doubt were.  But it was not in their house.  We paid just as much to be at the hotel as they did.
C actually made a great effort to be nice, and a fun time was had by all.... well except maybe one of Jake's Uni buddies who looked a bit worse the wear even when we left late Sunday afternoon.  (I'm guessing he was the puker, thankfully I was long gone by that time)
Posted by jamiessmiles at 11:18 AM 5 comments:

Fallsview Casino.  Let the bad choices and regrets begin :D  This should be interesting.  Take 7 guys, add alcohol and gambling.... what can possibly go wrong?  Thankfully I got an anchor in C.  The rest of the guys are all single.  Folks in Niagara Falls lock up your sons and daughters... or at least don't expect them back until late Sunday.
Posted by jamiessmiles at 9:46 AM 5 comments:

So on Sunday we went to my Aunt's.  Now my mom usually does the thanksgiving thing, but had no desire to this year, so my grandma was going to.  Then she put her back out.  So to my Aunt.  Now, I know I am supposed to love my whole family.  I have been told I love my Aunt Crystal.  I do not.  She is an utter and absolute total bitch.  She "suffers" from depression.  Now I put that in quotes, because it seems to me she rather enjoys her depression while everyone else suffers from her depression.  See, her depression is a brutal disease where she can say anything she wants sans consequences.  She is just being "honest" and everyone gets the benefit of her honesty.  The whole world gets to here her opinions and CANNOT be offended because she is "Ill".  BUT god fucking forbid you have an opinion of HER that she disagrees with.  Then you are being a major asshole and driving her into the dreaded relapse.
While she gets to wax on about her ideas about homosexuality being too socially acceptable and biracial mixing just being wrong you have to ignore.  The entire family plays this game.  Auntie Crystal is "delicate".   No, she is a bitch!  And her main whipping boy tends to be my mom.  Probably because the younger brother long ago stopped giving anything she said credence at all, so to save her feeling she bullies the one who will not fight back.  My mom is a peace keeper.  Always has been.  She keeps the peace in her and dad's family too.  But some times you want to just say FUCK mom tell her to shut the fuck up already.

Okay, So it happened.  Now before you think it, I have hugely backed off him.  This is not my fault, not really anyway.  Yes, he went down to his parents' house for the long weekend and come Sunday he just told them.  It did not go well.  Surprisingly enough C is quite settled about the whole thing.  But I feel somewhat guilty. On the other hand I also feel relieved and like he now has something more invested. Does that make me a total dick? Probably, but who wants to be with someone who can't be happy to be with you and never goes anywhere "straight" with you because god forbid it get back to the parental units what, or who he's doing over here in the big bad city. C never exactly told me everything that happened or was said, but his parents are no longer speaking to him. Is it wrong that I think he should be relieved rather than upset? I know easy to say when it is not your family... but still I don't get it. On the plus side he seems much more relaxed than I would be. He says because he knew exactly what was going to happen when he told them. Part of me is kind of afraid that he may start to resent me if this the end of his relationship with his parents, but he says it won't happen, and that in the end he knew what it would come down to.

Oops, I thought I published this a week ago.  My bad.  Sorry for the delay.
Posted by jamiessmiles at 8:44 AM 6 comments:

So I have hit an all time low.  I am depressed and sad.  C has said some awful things.  He says I am bossy and controlling, that I insist on everything my way, that I never give a little.  It has hit on all my insecurities about myself.  But I don;t care what he says, I'm not letting him out of the basement. 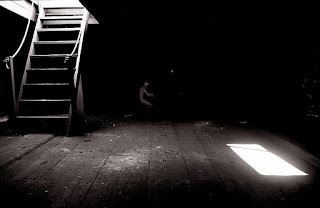 Haha, well, I thought it was funny.  Ali punch me, so maybe it was not as funny as I thought:P  Actually, things on the Chris front have been very... peaceful of late.  I'm backing off him enough that he is relaxing a bit more and things are good.  My brother is being rather surly with me, says I am getting "hogged" by C.  I just don't have the time to hang out with him I used to, and he is feeling hard done by.  Probably time to schedule something with him.  Hit the Spirit halloween shop for costumes or something.
Posted by jamiessmiles at 7:16 AM 7 comments: