It was not so bad during the summer, I had no commitments.  If anything I liked having a "weekend" while everyone else was busy working.  It gave us more hours to do what we wanted.  Restaurants were less busy.  As were stores.  BUT, now that I am in school through the week, fuck that.  About once every six weeks C has to work the entire weekend, which means he will have all day off tomorrow... and guess who has two thumbs and a butt load of classes.  This guy! 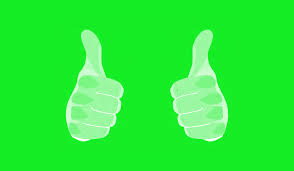 The other day someone told me that the whole opposite's attract thing is really a myth.  See people need to have lots of things in common to be able to have things to talk about.  I don't see that  as necessarily true.  If you have the same interests, if you geek out in the same way, why do you even need to talk.  I really think C and I have so much to talk about is because we are so very different.
I mean think about it, how boring would life be if you were partnered with an individual just like you?  I'm pretty sure one of us would be dead by now.  C is a peace keeper.  I am a shit disturber, though I try not to in a bad way.  C is a calm problem solver, and while I am getting better, I still tend to be rather reactionary. C is a planner, where me, I am more of a fly by the seat of my pants kind of guy. But our interests are widely different too.
Chris is ... I am almost embarrassed to admit it.  I can't believe I actually love him in spite of this huge character flaw.... but, he's a Dr. Who fan. But I try not to let that really impact on our relationship negatively.  Hell, I even recorded the 50 Anniversary episode, because I am all kinds of awesomeness.
Chris was raised in bat-shit crazy born again christian, talking in tongues, laying on hands healing, faith filled home.  My parents, Yeah, not so much.

He is blue collar and damn proud of his job.

Now, for me this is probably a pretty gushy post. If you have read this for long you may think I pick on C a lot.  But, hello, I married the man, didn't I?  Obviously he has short comings, but those pale to his good points.  I have 3 rules that are deal killer in a relationship.
1. Must be out, I do not deal with closet cases. (Okay, I broke that rule with C, but we've fixed that)
2. Must NOT be a sports fan.  Watching an occasional game I can handle.  Team jerseys and crap all over the place, no, get a life that involves YOU.
3. while must be an atheist is a bit harsh, must have a reasonable doubt about supernatural.

Posted by jamiessmiles at 5:06 PM 4 comments: Links to this post

I have lost my mojo

So I just wanted to let you all know I'm still alive:)

Went Christmas shopping for C today.  On a list of three things to get, managed one.... barely.  The other two things are no longer available.  So I gotta come up with some new ideas.  He is the hardest person to buy for.  To make it worse my mom wants me to come up with something she can buy him for christmas. 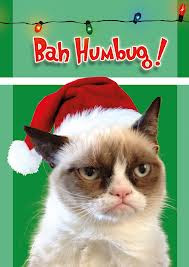 Posted by jamiessmiles at 2:36 PM 3 comments: Links to this post