No I did not cave to the pressure of the hipsters.  I was quite happy with my iPhone 4.

Okay, let me preface this by explaining the war that is going on in my house.  On one side we have C, and we like C, but he is clearly outwitted by the contender. 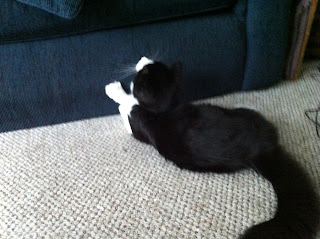 Now, Nelson has a horrible habit of sitting on the top of the curtain rod.  I say it is a horrible habit, because he climbs up there via the curtains.  He also gets caught up there, and will cry to get down, or worse, if you do not see him and pass below will use you (the passerby) as a convenient ledge to hop down on.  Scares the shit out of you, and a few not-so-manly screams have been heard coming from our place thanks to that little trick.

Yeah, so C has officially declared war.  That's it.  Thing is.... have you ever tried to train a cat?  YEEEAAAHHH, it is going about as well as anyone who has spent more than 30 seconds in a room with a cat could predict it would turn out.  The score is Nelson 3,467,824 to C's 1.  And that one was at the expense of my iPhone.

Now if you've known me for a while you will know how I feel about my stuff.  It's MINE! 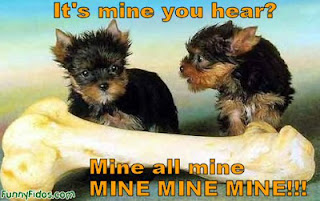 I'm not saying it is an attractive quality, or one I am particularly proud of... but I got my first job at 8.  I have worked ever since then.  So I was always very careful about what I spent my money on.  Now, for the first time in my life I do not have any amount of disposable income, and C in his zeal to catch Nelson red---pawed(?) climbing the curtains, knocks over the table where my phone sat.  It bounced.... twice.  I bit on my tongue, trying to resist the words "my baby" being ripped from my throat as I watched the death of a young phone... and still not even close to the end of my contract.

Well, C apparently does has some instincts of Self-preservation as he hastily assured me he would replace it.  I know, a good boyfriend would say nothing something like..."no, it was an accident. "  I snarled "yeah you fuckin' will."  I am not a good boyfriend.  BUT, I did tell him to save the money, and just get the iPhone 4S.  I do not need the 5, and it has nothing really to recommend it over the 4s anyway.  So he did, ran out to get it when he could not take the stares of recrimination any longer, took less than 20 minutes to wear him down.  The funny thing is he thought that would be the end.... Is he fucking new?  He broke my fucking phone.  Now I had to reload everything, PLUS, everything since my last back up was lost. 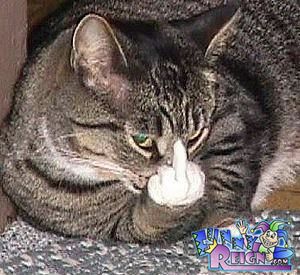 Posted by jamiessmiles at 5:05 PM