I do not believe in Karma

I really wish I did.  I mean it would be wonderful to believe there was an ultimate evening out in the world.  It would be wonderful to know that bad people meet bad ends, but we all know it just does not happen.  I think that is the true attraction of religion.  Some belief that bad people cannot flourish and good people do.  I think there is a comfort in Karma that if we do everything right then bad things won't happen to us.
I somehow don't think I will be buying this: 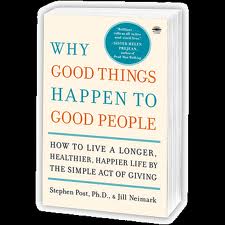 At our campus there is a "How not to get raped" instructions going around.  It has raised a lot of very angry voices on both sides.  Some people insist that it makes women aware of the dangers surrounding them, I disagree.  I think women know the dangers that surround them.  I think it gives young boys a check list for when it is okay to rape.  It sends the wrong message.  It says that it is the responsibility of the woman not to be raped, NOT the responsibility of a man not to rape. 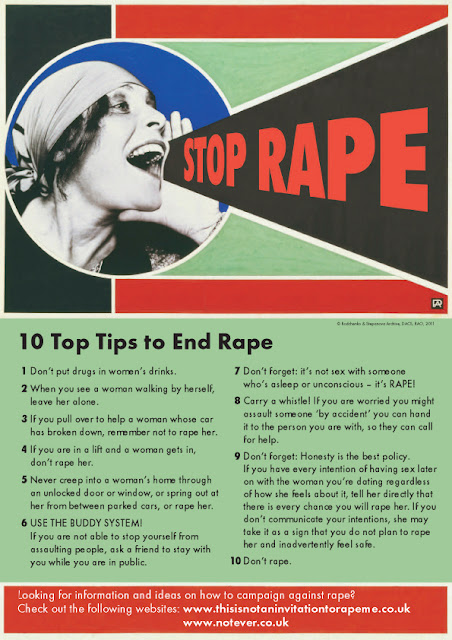 Not long ago one of my friends was a victim of date rape.  She did not go to the police.  She did not go to the doctor.  She hid in her room for days, and only a couple of us know what happened.  One of my friends told her at the very least she should tell her mother, maybe get some counselling.  The first words out of her mother's mouth : "What were you wearing?"  Now I would like to think that this is just a horrible example of parenting, but I think it shows the way society is convincing even women that rape victims are responsible (at least in some part) for their own attacks.

I have heard it argued many times that if a women points to the man and yells raped that he is assumed guilty.  Only 3% of rapists ever serve a day in jail.  Does that sound like innocent men are being railroaded?  I am not saying an innocent man being blamed for rape has never happened.  But look around at the women you know and know have been raped, and then look around at the men you know  and how many have been accused of rape.  Is it anywhere close to the same?  I'm guessing probably not.  In short, if you think innocent men are the true victims when a woman is raped, I'm thinking you are a misogynistic douche.

I really hope no one is offended here, and I thought long and hard whether to publish this or not, but fuck it all, it is my blog after all

Posted by jamiessmiles at 11:57 AM